Havets Hus is strongly committed to preserve two endangered species in the West Coast seas: lesser spotted dogfish and thornback ray. In our tanks, you can follow them closely. 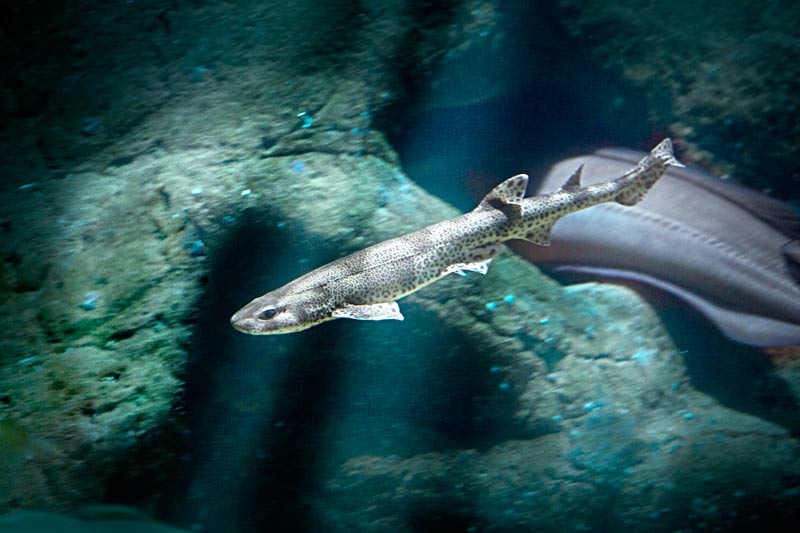 Lesser spotted dogfish is a Swedish shark species that has drastically decreased in number. In the current situation, it is absolutely prohibited to catch and land the lesser spotted dogfish in Swedish waters. However, it is important that fishermen who happen to catch it continue to report the occurrence of the species. The Swedish Museum of Natural History in Stockholm compiles all the information about it.

At Havets Hus you find lesser spotted dogfish displayed in four public aquariums: An egg-aquarium where you can follow the development of the egg, a youth aquarium and two larger aquariums where they swim together with other animals.

Since 2003, we have replanted over 130 sharks raised in aquariums into the Gullmar fjord. By replanting branded sharks we hope to increase awareness of their habits, as well as increasing the number of sharks in our area. So far we have had seven recaptures, which we choose to see as a good sign. Hopefully the tagged sharks swim around in the sea and help increase the population. 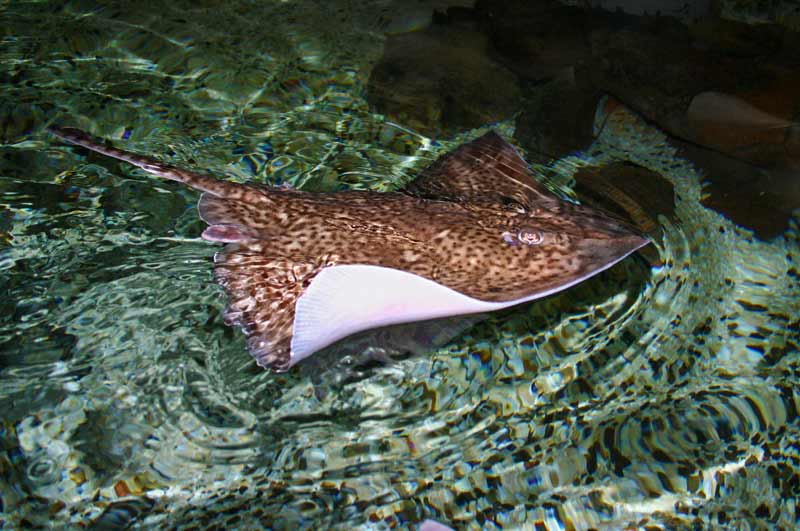 The thornback ray is endangered in both Swedish and European waters. Today it is completely forbidden to catch and land thornback rays in Swedish waters. Due to its size, it easily gets caught in trawling nets.

Already at age one, the thornback ray is large enough to get caught by mistake. In addition to trawling, changes in habitat or food shortages may be possible reasons for its sharp decline.

It is difficult for the thornback ray to recover, partly because it reaches sexual maturity late and also because its reproduction rate is very low.

At Havets Hus, we have several large thornback rays.Â In januari 2016 was the first thornbak ray born in the aquarium of Havets Hus.